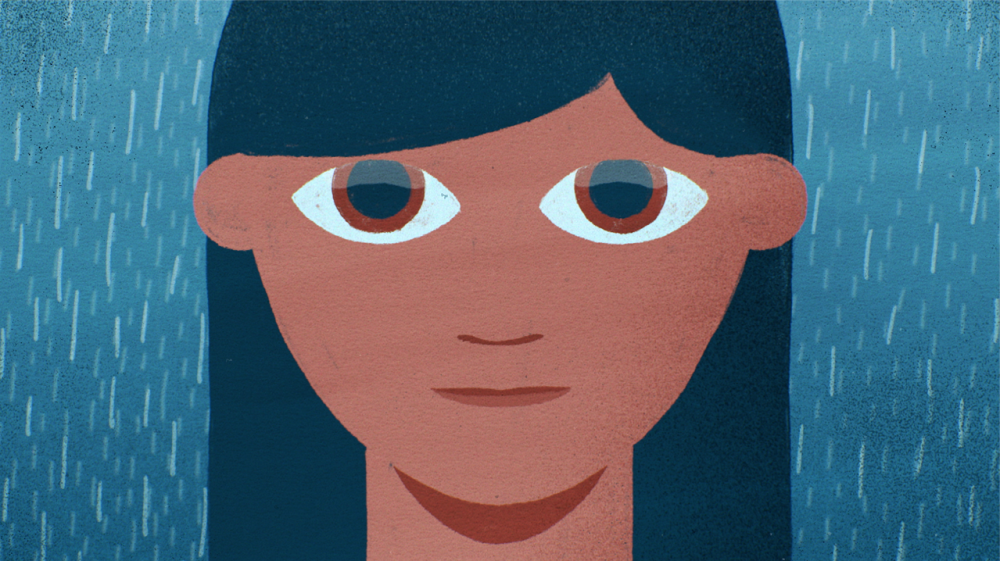 “It’s about the journey, not the destination”. Pretty sure, we’ve all heard that tagline or something similar more than once. Most of the times, it’s being used to look at things on the bright side and as a motivation to be happy with what you have. But what if that journey might have been the worst one you’ve ever encountered and what if that destination might be out of reach forever. Well, director Amy Bench (“In This Place”, “The Ville”) tells it with her newest film “A Line Birds Cannot See”, an animated, visually stunning, emotional and immensely relevant short film that makes you think. No wonder Bench was named “DP on the Rise” by Paste Magazine in 2016.

Unlike any other films, this movie doesn’t focus on the destination but the journey. The terrifying journey of a twelve-year-old DACA child just known as EL. After seeing her mother being constantly abused by her father, after witnessing her mother going away from them in the hope to have a better life, the young girl is being left alone, helpless and devastated. When she’s been reunited with her mother, things look very bright, especially when both can cross the US border. Right before making the trip, they are being separated from each other by male smugglers. Overcome with grief, sadness, and desperation, the girl isn’t about to give up. Only with a plastic sack for protection from the cold and surviving starvation on the streets of Ciudad Juarez, she makes it her mission to find her mother. However, will the starvation, cold and heartache take the better of her or will the determination, courage, and willpower be stronger?

It’s not every day we see an animation film like “A Line Birds Cannot See” telling a crucial, contemporary and necessary story about immigration and human trafficking. It’s that combination that makes this film a must see. While the visually stunning animation makes this film easy to watch, the story itself is a hard, tough, but vital story to bring to the big screen. This latest Bench film will definitely make you think about the difficult, exhausting and insecure life young immigrant children are going through. Especially when their dream to have a better life is being crushed by human trafficking and smugglers. What makes this story even more authentic and certainly more gripping is the voice of EL, the lady who has been through all the abuse, slavery and pain and who’s determined to tell her story and making sure that people stop ignoring the ones who flee their country in the hope to escape a terrible life.

We all know that SXSW has an amazingly diverse program every year and it was absolutely no surprise that “A Line Birds Cannot See” was on the this years’ line up and that it got the Special Jury Recognition in the “Texas shorts” category. Bench is living up 100% to that “DP On the Rise” recognition from a few years ago, especially when she delivers more stunning films like this. It’s an immensely authentic story told by immersive animated footage!