Football for some of us, the way to gain a lot of money, a luxurious life, fame and probably also immortality. Others, like the most of us, watch it every week, whether it’s on screen or even live. But in Penalty, football is so much more than a way of making money or a way to relax. No, Italian director Aldo Iuliano (La Fine del Mondo, HAKUNA MATATA) decided to give ‘playing football’ an extra and an unexpected meaning.

At first sight, the football game in Penalty is just one like any other. A football field (right in the sunny heart of the middle of nowhere), two teams battling against each other, with all the possible injuries that go along with the game. But when, in the heat of the moment, a penalty is rewarded to one of the teams, things quickly change and the ordinary game becomes an extraordinary one. It seems that there’s so much more at stake than just an amount of money or a trophy. Especially when some unwanted spectators turn up. 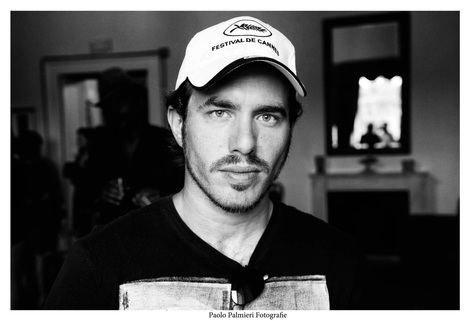 No, Penalty isn’t about just a football game. It’s so much more. Without giving too much away, we can tell that the players might lose more than just the game. The great story with an unexpected twist near the end is what makes the movie so great. It’s so much more than what meets the eye.

And what meets the eye, is already great. Especially the amazing work from the director of photography Daniele Cipri. You can feel the heat from both the surroundings, as well as the one from the game. You feel the pain and the pressure that the players are going through. Of course, a movie is nothing without its actors. During a short movie like this one, where there isn’t much conversation, it’s even more difficult for the actors to shine but they really do. The pain, the suffering, the insecurity. Real life raw emotions always work on screen, especially in Penalty.

If you have the chance to watch Penalty, go and see it. With a short runtime, 15 minutes to be precise, it’s hard to tell a short story that captivates the audience, but Iuliano and his team really succeed in that, thanks to the combination of the unexpected storyline, the great acting, and an amazing cinematography. Watch the trailer and we promise you that you are going to want to see the whole movie.

You can read our interview with the talented director here.