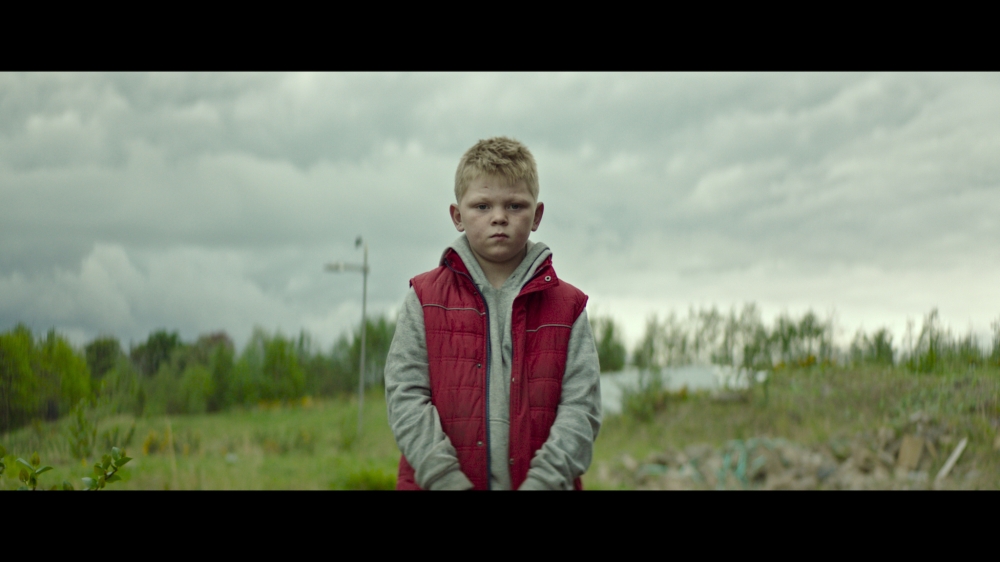 Sometimes we wish we could go back to the past to see what we can learn from it and then to look at the future with that newly gained knowledge. You might be able to change things, to see things in a different light and to make decisions you might never make. Martin, the young leading character in Time Traveller, wishes he could do that same. With his latest movie, director Stephen Kenny (Coil, Smother) brings a heart-warming story about Martin and his family who, despite their tragic lives, are holding to what they have: The hope of a better future together.

Martin (Tom Doran), a young Back To The Future’-obsessed traveller boy, is living with his family in a caravan on the outskirts of the city. Sadly, they’ve just heard that they will need to go to another place as the surrounding areas aren’t suitable anymore for the children. Devastated about the news, Martin wished he could go back in time to change things and no better what to do that than building a replica of the DeLorean DMC-12. The time travel to the past might have been an accident for Marty McFly but Martin’s decision is founded upon the welfare of his family. Deep down, he knows that that won’t happen and things get even worse when his family argues over the iconic car because Martin should concentrate on the moving out. After another heated argument, Martin runs away from his family and the caravan. Will they be able to find him back and what will happen to Martin’s car?

Time Traveller might not be the most exciting, thrilling or gripping film you will see but that doesn’t mean you should skip this film, especially because of the positive messages behind it. It’s not only just a boy making a car. It’s about doing everything to fulfil your dreams and keeping the hope alive that those dreams might become true in the near future. It’s also about seeing the positive element in difficult and sad times. The family got the bad news that they have to move out but still they hold onto the love, the care and support for each other. This is more important than just the material things in life. Clearly a lesson we have to keep reminding ourselves once in a while.