Wale is the showstopping film by the brilliant Barnaby Blackburn. We had a chance to interview this delightful director about his film, asking him about his thoughts on turning Wale into a feature-length film, how he came across the talented newcomer Raphel Famotibe for the lead role and what he wants the audience to take away from the film. 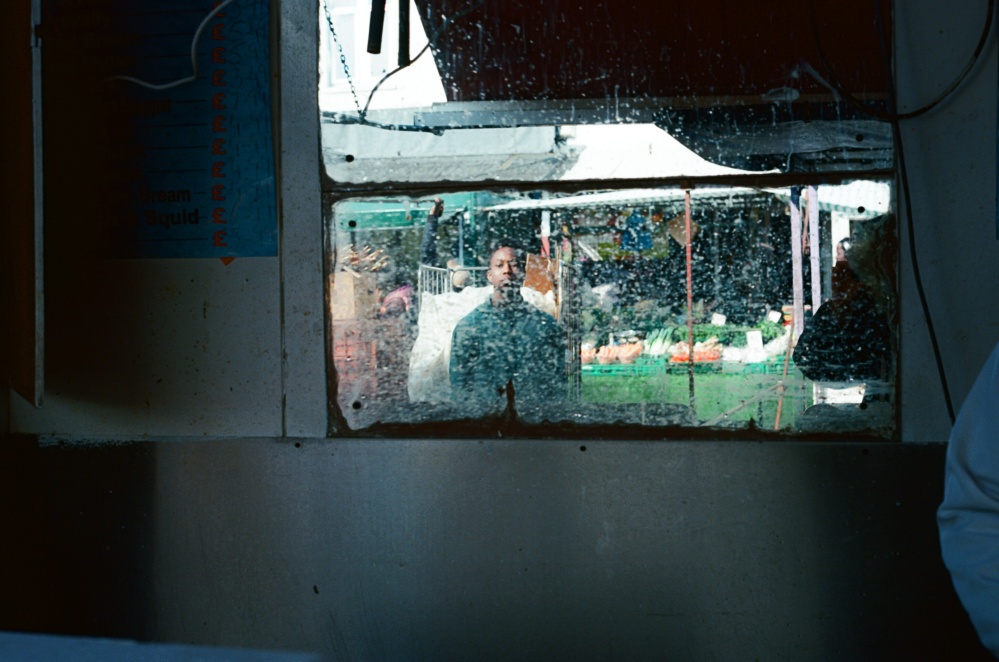 Hi Barnaby, how are you doing?

I’m doing well, thanks. Enjoying the momentum that Wale is having on the film festival circuit whilst casting for our next film.

Congrats on Wale, your latest short film. Where did you get the idea for this movie?

A few things happened around the same time, helping to create the idea for the film. The first was an unusual frequency of stories I’d read in the local press about young black men being killed by police in incidents that didn’t require excessive force. Around the time of reading these stories, I met a young guy who approached me in the street and told me about a mechanic business he was trying to get started but was having trouble finding clients. Reading these stories, hearing personal accounts like this and witnessing people just struggling on a day-to-day basis got me thinking about the obstacles society places in the way of someone of a certain background trying to do something extraordinary with their life.

It’s all about Wale, a young man who, after being released from prison, wants to get his life back on track. He goes through a lot of emotions. Emotions that were incredibly brought to screen by Raphel Famotibe. How did you come across him?

The first person we brought onto the team was our casting director, Des Hamilton. I knew that Wale’s character required an extraordinary performance and a range of emotions that would be difficult to access, but I also wanted whoever played the role to be a little wet behind the ears to create a certain dynamic with the character of O’Brian, who I wanted to be played by someone with a lot of experience. So Des and his assistant, Elan Jones, were instrumental in making all of that happen. They did street castings and pulled people from youth drama groups and it was clear from Raphel’s first audition tape that we had someone special.

How did the rest of the cast come together?

Once we’d cast Raphel to play Wale, we then looked at options for O’Brian, Wale’s Mum and Wale’s friend Rondo. Again, Des and Elan were brilliant in finding the right people to play these roles and I felt very fortunate to cast a group of actors whose work I’d admired for a long time.

There are a lot of different things happening in the film, a lot of fast paced and slow paced scenes. What was the hardest scene to film?

Every scene presented its challenges, but the stuff that required the most planning and concentration were the interior car scenes. We shot all of these ones a single night on a low-loader. There are four car journey scenes in the film and Wale’s emotional state is totally different in each of them. Raphel had to continually change his emotions from pure elation to total despair as we were filming the different scenes in the car that night, which was exhausting for him and nerve-racking for me.

Wale would be a superb film to make into a full-length feature movie. Is that something you already thought off or was the intention just to make a short film about this?

The film in its current form is almost a featurette, rather than a short film. It covers a lot of ground and I think there’s certainly potential to let the story play out over a longer format. Right now I’m focused on developing other projects, but that’s not to say one day Wale could grow into something bigger.

The film was screened at prestigious film festivals such as the Norwich Film Festival as well as Bend Film Festival and the stunning acting performances in Wale were awarded some prizes. What goes through your mind when you hear all those positive comments from the film festivals, the juries, and the audience?

Every selection and prize we receive gives us a boost and some validation that what we’ve made is connecting with people in some way. Everyone involved the film worked unbelievably hard, so I’m pleased that they all can be proud of what we’ve done and that people all over the world are responding positively to the fruits of our labour.

What do you hope that the audience will take away from this film?

The test of a good film for me is how long it stays with you after you leave the cinema. You find yourself asking things about it, and the questions it raises, days or even weeks later. If Wale can do that for some people, that’s all I hope for.

How did you get into the movie industry?

I’m not sure I’d consider myself in the movie industry just yet. In a lot of ways it still feels like I have my face pressed against the window of the industry gazing in! But to get to this point I worked in advertising as a writer for 8 years making a lot of commercials. I didn’t go to film school, so I’ve learned about filmmaking from the crafts I picked up along the way making TV commercials.

One last question: Do you already have more projects you’re working on?

I’m prepping another short film at the moment and finishing writing the script my first feature film. Keep your eyes peeled!