Fresh off of the excitement of the UK Premiere for short film Cynthia, actor turned director Jack Hickey talks to us about making his first film.  With previous roles in Penny Dreadful, Game of Thrones and Mary Shelly Jack is no stranger to being in front of the lens. He enters as a director with his first short Cynthia, the brave story of a young woman facing her friends after a traumatic incident created a rift. We chat to him about the filming process, his amazing cast and exciting future projects. 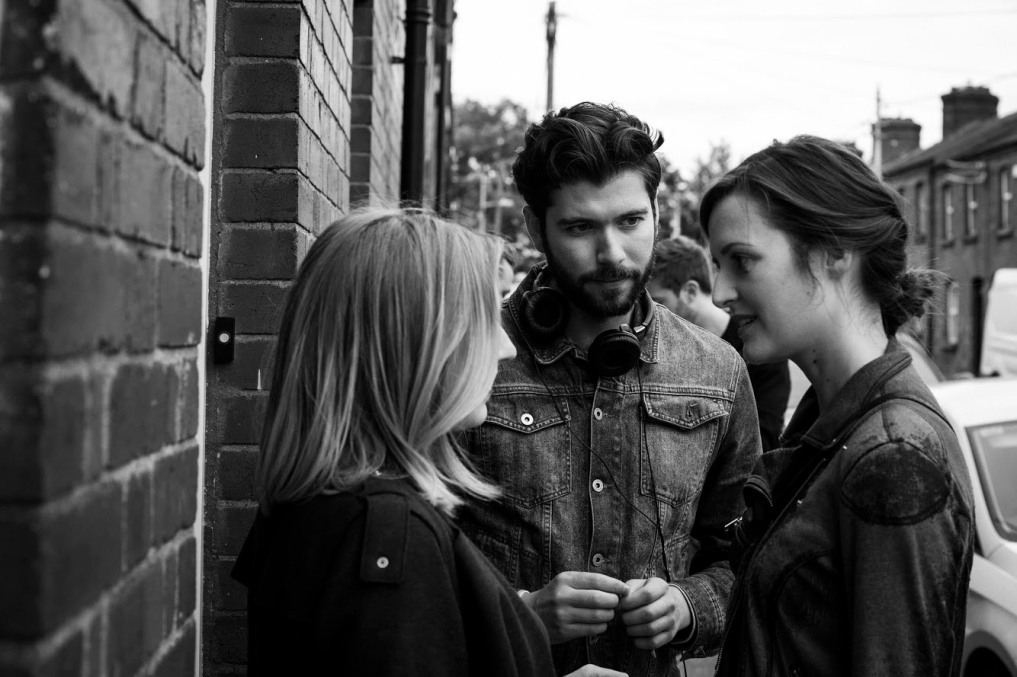 Hi Jack, how are you doing?

​Very well indeed. We’re just back from Italy, where there was an Irish focus at the Torino Short Film Market, and London where we had our UK premiere at the Irish Film Festival London. So we had​ ​a fun, busy and incredibly chatty few days.

Congratulations on your wonderful short film “Cynthia”. How did you come up with the story?

Thank you! I suppose I had wanted to write for a long time. I’m predominantly an actor, but once I started writing, things just started snowballing in terms of ideas I wanted to work on. So I just wrote, and wrote, and wrote. By the end I had a few shorts and a TV drama. All perhaps varying degrees of hideous. But with some development and guidance I started getting genuinely excited about what it might mean to make one of these projects, to have them see the light of day. Cynthia was the one that felt most appropriate to do first. I wanted something that was emotional, verbose, and really highlighted the talented actors working in Ireland today. In terms of story, I wanted to explore certain themes. In particular the bravery of what it takes to be truly honest, and vulnerable. How beautiful and graceful it can be to really lay your inner life out raw in front of others. Especially to the people closest to you. The ones that really need to hear it. So it was about crafting the context for the stakes to be high, and the characters to be vivid enough to carry it off.

This movie addresses many important topics such as LGBTQ+ relationships and mental health. Why was it important for you to include those topics?

​From a mental health standpoint I was really interested in exploring someone’s journey from hiding how they really feel, to finding the strength to express herself. She makes herself very vulnerable, and she struggles with that in the aftermath of the revelation, but comes through it to own her truth and fight for her new found honesty. She fights back with her language, with calm, graceful, honest engagement with those she loves. She really disarms the group by the end of the film with the process of recovery she’s gone through. And in spite of how everyone treats her because of her mental health – like a delicate, spooked deer – she is actually the most mentally robust of any of them having come through her process. She’s much stronger for it. I really love this character, and Clare Dunne’s nuanced portrayal of her. Whether Cynthia’s romantic feelings were unrequited I think is something left ambiguous, as Cynthia says “sometimes the lines get blurred”. I didn’t want to shy away from the complexity of interpersonal relationships, friendships, sexual desire, romantic relationships, and I hope it’s something we achieved.

It’s about Cynthia and the emotions she’s going through which also has an impact on her friends. How did you cast Clare Dunne for this role and why was she the perfect Cynthia to you?

​Her talent is just so immense. She had previously done a one-woman show at a theatre festival called Where We Live that my sister (producer of Cynthia) worked on. She’s also been a stalwart of Irish & UK theatre for many years. So in terms of meeting her, and getting her involved, there was nobody else to play it. She’s going to go stratospheric in 2020 with Herself, a feature film that Clare has written and will star in, directed by Phyllida Lloyd (Mamma Mia, The Iron Lady) and produced by Element Pictures. I’m just glad we caught her while we could!

How did the other cast members get involved?

​I’ve known all of them over the course of my career as an actor. I actually went to drama school with Moe Dunford (Vikings) & Caoimhe O’Malley (Dublin Murders), so I was very familiar with their excellent work. And I had worked a lot with the amazing Valerie O’Connor (Red Rock) & it was great to cast her opposite Peter Campion (Derry Girls) – her real life partner. So in the film some elements of the script were rewritten to accommodate her pregnancy. It was so wonderful to utilise their natural chemistry and it makes the film so much richer. So as well as being some of the best actors around, everybody knew each other, so there was great ease and fluency on set.

What do you hope that people will take away after they’ve watched the film? ​

I think there’s a hopeful tone by the end of the film. Cynthia is leaving some of the toxicity behind and forging a new path for herself. Equipped with this new philosophy of being honest, engaging honestly. A relationship charged with so much pain can’t be healthy to maintain,​ ​so she makes this monumentally mature decision to put it in the rearview mirror, in spite of wanting proximity to this person. My hope is that there’s room for reflection on whether some of our relationships could be better served by speaking the truth. But I don’t think the film tries to pontificate about the best way to be. It’s just a story about this woman’s personal growth. How strong she’s become in spite very emotionally difficult circumstances.

If you look back at “Cynthia”, what was the scene that will stick with you the most?

​It’s definitely Cynthia’s monologue. When she finally expresses herself. On the day the whole crew knew we were watching something exceptional, and it’s all down to Clare Dunne. The monologue is 5 minutes, and is shot in an incrementally more intimate close-up as a single sequence. So much power, so much emotion, and so much skill. It’s one of the best pieces of acting I’ve ever seen.

Where did your passion for film come from?

​Working as an actor for so long. Obviously the original entry point was from an actor’s perspective. But spending time on sets gets you interested in all aspects of filmmaking. So it was inevitable that I’d try and make my own work. My mother was an actress for over 20 years at the Abbey Theatre, my father has worked in film over many decades, my sister has moved from theatre producing to film. So it’s safe to say there is no escape from it at my family dinner table. The conversations about film in our house were always infused with a lot of passion.

This movie is your directional debut. How was it for you to sit in the director’s chair for the very time?

​Amazing! Genuinely. I had so much fun. I realised it was exactly where I want to be. Discussing story beats with the actors, framing with a DoP, some practicalities with the 1st AD. All of it was just so enjoyable, and I’m so grateful I got to do it with such an incredible cast and crew. There is huge satisfaction as well in seeing the work we all did come together on a big screen. I’m already chasing the next chance to do it all again.

Better. Because you can’t predict what you’re going to capture on the day. Even with the best laid plans. You end up editing what you shot not what you imagined at early phases. The project goes through so many creative filters that by the time you have the finished piece, of course it has to be different. And you wouldn’t want it any other way. That would be a sort of tyranny that I have neither the desire nor the force of personality for! I’m so glad everybody’s flavour got printed on this film from the music to the costume to the grading. So it rather defied expectations. In terms of the actual experience of shooting, I am a bit surprised that I was so relaxed. But I won’t​ g​et ahead of myself!​ ​Every film will be different.

Do you have already more upcoming projects, whether it’s as a director, writer or actor?

​Yeah, a word of advice I got from my friend,​ ​the great writer and director Stephen Bradley was “Don’t wait around to do the next one!” So we’re already looking to the next short film that I actually started writing before Cynthia. One which I’m extremely eager to get working on. So I think it will be about having the two shorts under my belt, and then seeing where that takes me. As an actor I have Sea Fever coming out in cinemas soon, written and directed​ ​by the incredible Neasa Hardiman. It premiered at the Toronto International Film Festival in September. A psychological, horror set on an Irish fishing trawler, starring Hermione Corfield, Dougray Scott and Connie Nielson. So I’m very excited for people to see that.