We talk to Brotherhood Director Meryam Joobeur about her award winning film, the casting process and what people would like to take away from the film. Brotherhood is under Oscar Consideration and is our favourite to take home the 2020 Academy Award!

Hi Meryam, how are you doing?

I’m doing great! Currently in Sayada, my hometown in Tunisia!

Congratulations on your latest short film “Brotherhood”. It’s a really emotional short film about incredibly important topics such as family, love and of course the indestructible bond between brothers. How did you come up with the idea for this film?

The journey of Brotherhood started with a chance meeting in February 2016 with two red-haired Tunisian brothers, Malek and Chaker, in rural Northern Tunisia. It was my first time in the north of Tunisia and I planned a weeklong road trip to discover more of my country. On the third day of the trip I spotted two brothers leading a flock of sheep across a lush green hillside. The contrast of their unique faces filled with freckles against the green landscape immediately struck me and I stopped the car to see if I could take their photograph. Malek, however, was protective of his younger brother and refused. I continued on my trip but was deeply marked by their faces and the mystery of their lives.

During this trip I also learned that a neighbouring town Sejnan had experienced a surge of radicalization post the Tunisian revolution in 2011 that ousted the dictator Ben Ali. A higher than average percentage of men from the Sejnan region had gone to Syria. This knowledge and the encounter with the brothers became the basis for the narrative of Brotherhood; a story where the eldest son of a rural family returns home from Syria and the consequences his return has on the family. I knew I wanted to address this social issue through the intimate lens of one family and I also knew that I wanted Malek and Chaker to act in the film. So… A year later I went searching for them without knowing their names and where I had found them. I searched from village to village asking random strangers about the two redheaded brothers but was met with puzzled expressions or no leads. Then miraculously, with hope almost fading, I managed to come across the exact location where we met and found a shepherd who pointed out their house. Excitement and nerves built as I landed on their doorstep with the script for Brotherhood. In my script I had written a role for a third, much younger brother that I thought I would have to cast but to my surprise, the first person to emerge from the house was their youngest brother, the eight-year-old Rayene, with the same red hair and freckles.

Every character in this movie is portrayed beautifully by the actors and actresses and they all are leading roles in one way or another. How did the cast of this movie come together?

The challenge was to find two professional Tunisian actors that could believably play their parents since red hair and freckles isn’t widely common in Tunisia. For the role of the father I looked at photographers of different Tunisian actors and was immediately drawn to actor Mohamed Grayaa. There was something in his eyes- a depth and weight- that captivated me instantly and I offered him the role based on his photograph. For the mother, the Tunsian producer of the film Sarra Ben Hassen introduced me to actress Salha Nasraoui. I met Salha for a coffee and moment she introduced herself I knew she was perfect for the role because of her natural strength and warmth. Luckily both Mohamed and Salha were physically convincing as the parents of Malek, Chaqer, and Rayene.

The only official ‘auditions’ were held for the role of Reem, the mysterious Syrian wife of Malek. I auditioned about fifteen girls and Jasmine Yazid stood out for the natural melancholia in her eyes. 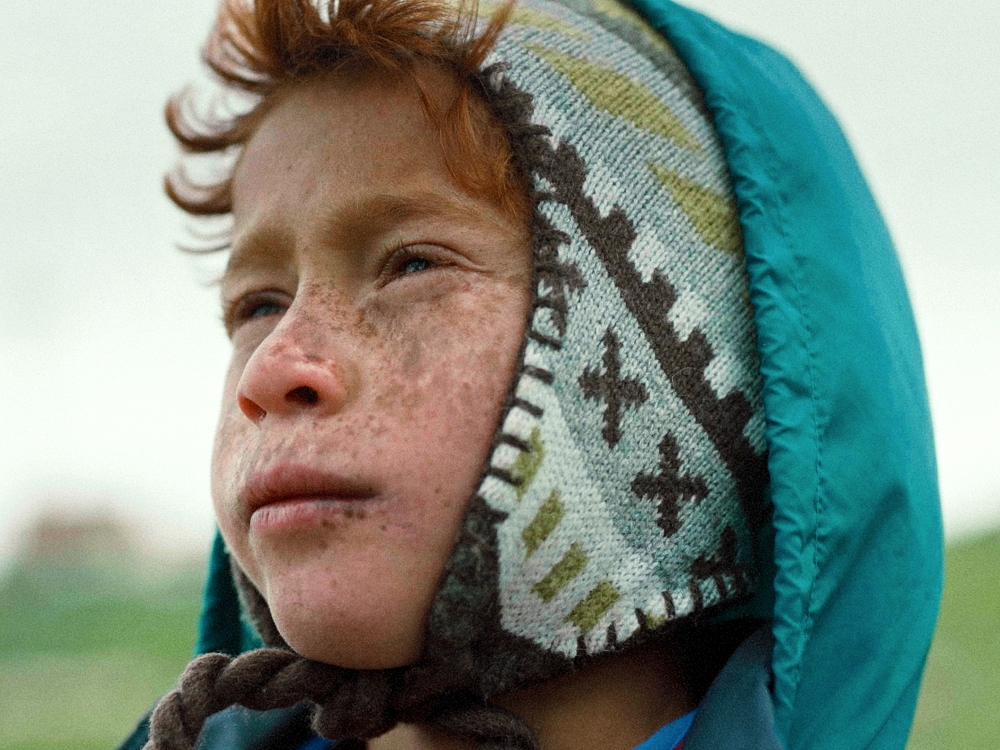 How long did it take to make this short film? From writing that first idea to the last minute in the editing room.

The film took two and a half years to make, starting from the first moment that I met Malek and Chaker in January 2016 till the final day in the editing room, August 2018.

It’s a very emotional film with a lot of touching moments in it. If you look back at it, what’s the moment that will stick with you forever?

There were countless! One that stands out in the moment would be the final scene where Mohamed is at the beach calling for Malek Everyone on set were really moved by actor Mohamed Grayaa’s performance.

What do you hope that people will take away with them after seeing “Brotherhood”?

My hope is that ‘Brotherhood’ can humanize the Arab/ Muslim world to international audiences but also inspire audience members to have the difficult conversations within their own families that my characters failed to have.

Not at all! I had only placed one goal in mind while making Brotherhood: to screen the film in Tunisia in the community where we shot. The fact that it’s journeyed to so many countries and resonated with such diverse audiences is humbling.

This is already your fourth film. What the moment in your life that made you wanted to go into the film industry and did you always know that you wanted to become a writer/director?

I always loved storytelling and would beg my grandmothers to repeat the folk tales of their childhoods. The first time I held a video camera was in high school and I fell in love immediately with the richness of the medium and how it is an intersection of so many art forms. Most of all I loved the possibility of breaking barriers between realities and cultures and I dove in. With each film my love and admiration for filmmaking deepens as I learn more about the world and myself through the process of bringing a story to life on screen.

Is there a chance we’ll see you on screen as well in the future?

Never been asked this before! If there’s any director out there who wants to use my amateur acting skills then she/he is more than welcome.

Do you already have other projects you’re working on?

I’m currently developing a few feature projects including a feature adaption of Brotherhood.