Worth takes a look at the life of the woman behind the curtain as it were. The reality that unites all of the fairer sex is intimately portrayed in Alejandra Jenni’s honest fictional short film about the uncomfortable taboo topic of, periods.

Jenni’s film is an in your face declaration, abiding by societal norms to never out right reveal the word or phrases associated with ‘periods’, but captures the visual imagery that clearly screams the truth society likes to hush away. Reflecting on the realities of menstruation, Alejandra’s topical shot film follows the lives of two young women as they deal with the physical, emotional and mental struggle brought about by this shared biological act.

This story reveals that although, we as womankind may all share this burden, our experiences differ with it greatly. There seems to be no overlap, or actual story building, but as a woman, from the opening scene, empathy rushed through me as I related to the characters on a deep level.

The performances of the stars of this film, Alejandra Jenni, Amelie Barth and Jonas Rhonheimer, perfectly encapsulate a snippet of the reality of living with periods. The film elicits sympathy for both women, for vastly different reasons. One, as she suffers through the cramps and maintenance of menstruation. The other, her lack of a timely visit from our mutual friend caused alarm and distress, as we watch her scramble to come to the conclusion.

The performances of the stars of this film, Alejandra Jenni, Amelie Barth and Jonas Rhonheimer, perfectly encapsulate a snippet of the reality of living with periods.

The scenes are accompanied by a stilting silence, with the occasional undertones of distress from our protagonists. At one point, the soft and quiet ticking of a clock can be heard, the gentle resonation of tick tock the only sound that rings in the isolating silence of both women’s bathrooms. A reference to the ever counting down biological clock? Perhaps.  Or maybe a reflection on the monotony of the ritual of menstruation that each woman must face on her own at some point in her life. Either way, a very clever commentary by the director is made.

I applaud Alejandra on her brilliant film that allows for a more open discussion on a long-overplayed stigma, that should be addressed freely and with authenticity. There should be no shame in menstruation, it is a literal fact of life. A messy, emotionally charged tenacious one, but still a mere fact.

I applaud Alejandra on her brilliant film that allows for a more open discussion on a long-overplayed stigma. 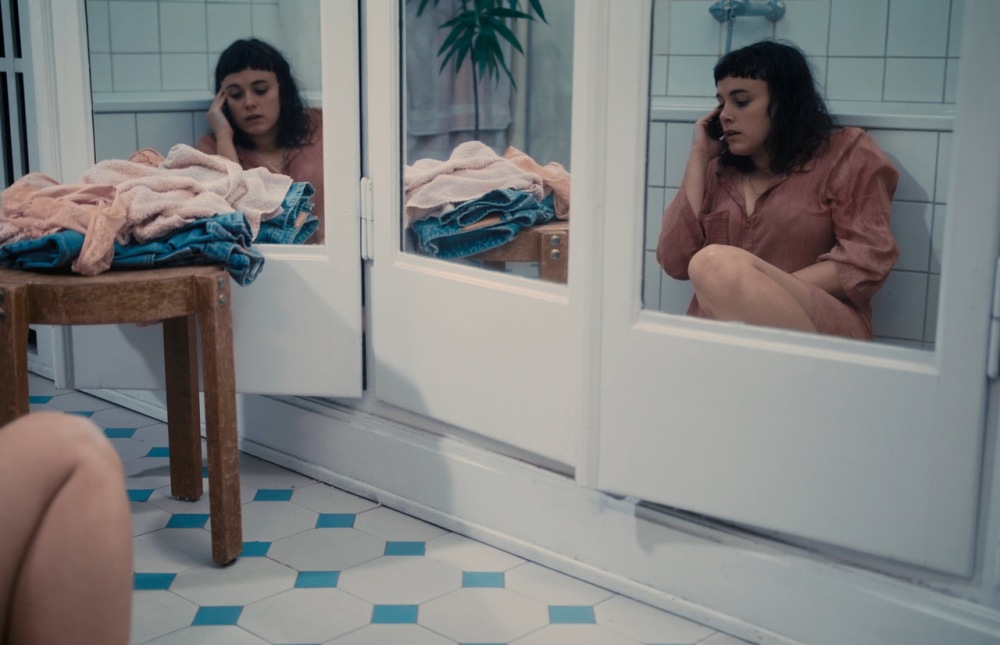 Director/Actress Alejandra Jenni studied Physical Theatre at the Folkwang University of the Arts in Germany. During her studies she devised and performed several theatre plays of which most were invited to numerous festivals. Also she co-produced the dance film Statement on Landscapes. After her graduation in 2016, she gained further education in camera acting at the Central de Cine in Madrid. Since 2017, she has been working as a freelance theatre and filmmaker in Switzerland and Germany. Worth is her first fictional short.

An honest and beautiful tale that perfectly encapsulates the reality of living with periods.