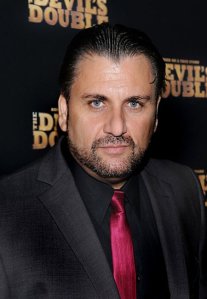 British actor Mem Ferda never fails to light up our screens with complex and versatile characters. From Andriy in ‘Legacy’ alongside SAG winner Idris Elba and Macha’s Goon with Ray Liotta in Guy Ritchie’s ‘Revolver’. Now he is back starring in the new edgy and explosive British remake of Nicholas Winding Refn’s feature ‘Pusher’.  In this heart racing film, Mem portrays the character of Hakan, though capable of extreme violence he is warm and friendly with aspirations of getting out of the drug game to follow his dreams of owning his own business.

Despite some of the frightening and crazy characters Mem has portrayed in his career, his engaging 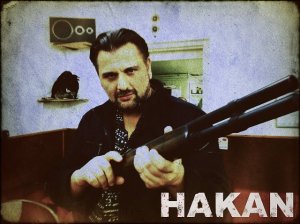 blue eyes display a sparkle that shows his sweeter side.  He not only is a devoted husband, he has no less than three degrees. Yes, he does do all of his own stunts, but this actor is blessed with more brains than brawn.

Not only is Mem a fan favorite on the big screen, he is also no stranger to British Television, having played Andrei Beschastnych in ‘Heartbeat’ and Gaz in the UK’s number one soap ‘Eastenders’.

Fans will be delighted to know Mem has an abundance of exciting films lined up this year, including the British singer Plan B’s directorial debut ‘Ill Manors’ which hits screens in May 2012.