We love this story and Stuckforstaff.com ‘s new iPhone app!!

10 years ago Darren Darnborough was a jobbing actor in London, he had bit parts in The Bill, short runs in plays etc.  He was working, but still needed an income, so he started working in the promotion industry.  This work fit perfectly in between his auditioning schedule, it was good money and he as able to use the same skillset he had from acting. He often preached to his friends the benefits of this lifestyle, so they too could keep their dream in sight.  After seeing a few very talented friends drop out of their dream career 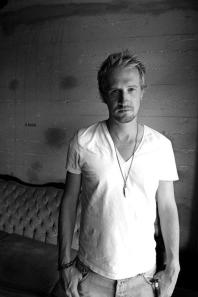 as a performer, he met fellow entrepreneur Charlie (while he was doing promotion work to support his furniture design) and the pair formed StuckForStaff.  This enabled not only them, but hundreds of people to pursue their dream careers.  They gave them access to flexible, well-paid work opportunities on their schedule (which taught Charlie and Darren a bit about marketing too, as many self-employed people need to know).

Did it work?  Well 10 years later, the company has grown to a database of 70,000 members across 5 countries, informing actors, models and entertainers of 100’s of jobs each day.  Darren is living in Hollywood, acting on TV for Brett Ratner and Karyn Usher (from Prison Break), on shows including HBO’s True Blood, and writing and producing with Sundance-award winners.  Did promotion work help him?  Definitely – the schedule and finances enabled him to pursue his dream.  He met some great people along the way, many in this industry and he is working with them now.  It also felt great that he was, and still is able to help people along the way.

If you in the UK, catch them quickly as they are giving free access for promotional staff for the next two weeks!