Leading Man, Leo Vargas, who has worked on every major American Television network to include ABC,NBC, FOX, HBO, and Lifetime, is at it again playing a role of a lifetime as the lead (“Devotee”) alongside Emmy Award winning Marabina Jaimes in the upcoming world debut of the theatrical production MICTLANTEUCHTLI: God of the Underworld at the El Portal Theatre in North Hollywood’s newly revived arts district. You won’t want to miss the opportunity to see this rising star shine even brighter!

MICTLANTECUHTIL: God of the Underworld
At a museum’s exhibit of pre-Columbian art, a devotee finds a small statue and before knowing, mesmerized
by the figure’s strength of will, is taken on a journey to an Aztec god’s underworld, Mictlantecuhtli.

For tickets and Information call (818) 508-4200 or order online at elportaltheatre.com 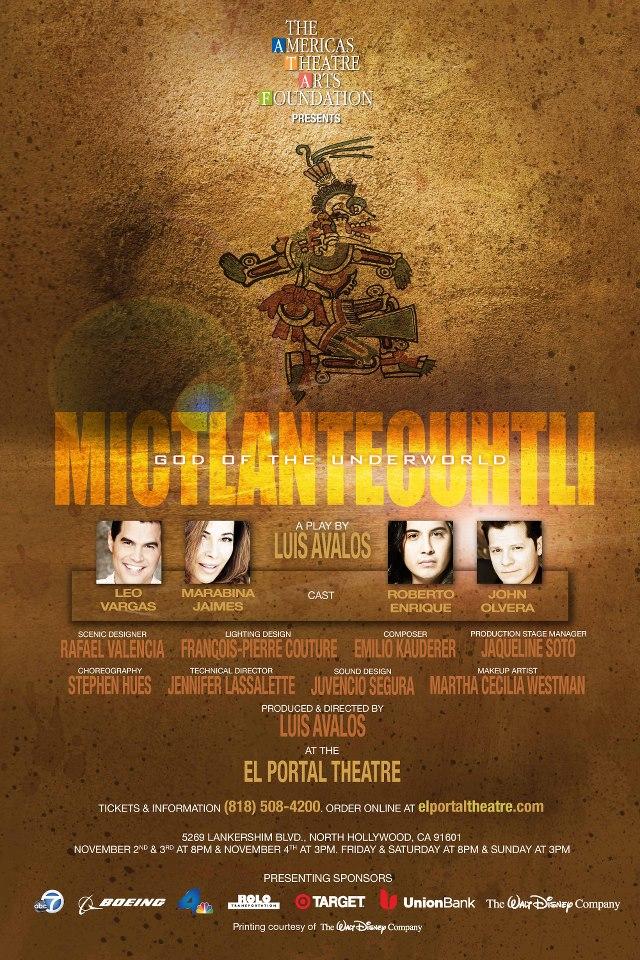