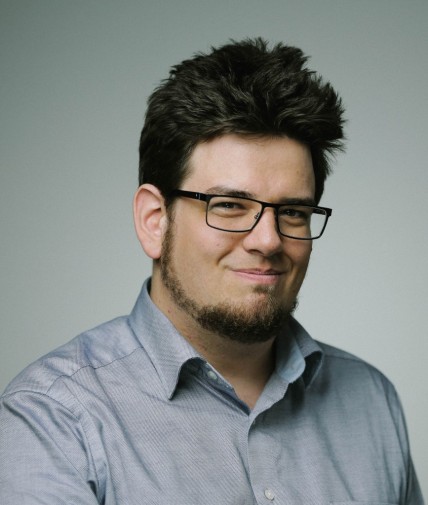 We caught up with the talented director Kristof Deák  to talk about his amazing short film Sing, that has been shortlisted for an Academy Award.

The heartfelt drama Sing is based on a true story; a young girl is forced to either stand up against a corrupt system or fit quietly into it. Dealing with themes of ambition, rejection and solidarity, this powerful film was created and directed by Kristof Deák and has been receiving critical and audience acclaim, winning numerous prestigious film awards, including at two Oscar-qualifying film festivals.

Zsofi is struggling to fit in at her new school. Singing in the school’s famous choir is her only consolation, but the choir director may not be the inspirational teacher everyone thinks she is.  Can Zsofi and her new friend Liza expose the cruel truth?

Kristof Deák began his career as an editor, before studying directing at the renowned Westminster Film School in London. After graduating, Deák began working in London and Budapest, directing fiction short films and for television, and is currently developing his first feature film.

For those who haven’t seen ‘Sing’, please tell us about the story?

Sing is the story of a girl coming to a new school and joining the school’s famous choir. At first it seems she has found a new passion, that is until she learns of the methods of their ambitious choir director. Then she (and her new friend) face a tough choice: either they stand up against this corrupt system or they fit quietly into it.

What gave you the idea to write the story?

At least half of this story is true – I heard it from a Swedish flat mate in London, but many people have come to me telling me the same happened to them. I made up the ending and decided to set it in Hungary – the place of my own childhood. I think the original story captured my imagination because of its underhand cruelty. I then started to realise there was more of a universal message behind it.

They say never work with children or animals, how was the experience for you?

I was very aware of the potential difficulties, so I made sure we spent a lot of time just trying to find the right kids. Once we started working with them, it was just hugely inspiring, they had infinite creative energy and I were very happy to channel it into the story and the scenes during our rehearsals. Both the two main child actors (Dorka Gáspárfalvi and Dorottya Hais) and the choir (from the Bakáts Square Primary School in Budapest) were fantastic. In a way, it was harder for me when the shoot was over.

How did you find the composers for this film?

I’ve worked with our main composer Ádám Balázs before – I knew he would be perfect for the job, as he’s got both the classical training and the Hollywood scoring experience I needed. What I didn’t know but soon learned was his father was also a renowned composer – of choir music! When we were looking for the closing song for the finale of the film, Ádám played one of his dad’s pieces for me and I got the goose bumps, I knew right away it was the one we needed.

If you could work with any actors, who would they be and why?

That’s a long list! Some of my favourite actors have lately delivered some of their best performances in TV series. I would gladly work with any of the kids from Stranger Things for instance, what a brilliant bunch! From the grown up world, I was really captivated by Riz Ahmed’s work in The Night Of.  Brit Marling has been a favourite since Another Earth, she’s now in The OA on Netflix. Lizzy Caplan is always inspiring. Matthew McConaughey,  Michael Shannon, Alden Ehrenreich.. the list goes on. I think I’m drawn to actors who have a sense of raw ‘realness’ about them.

What advice would you give to directors just starting out?

I’ve worked in the industry in various different roles (production, post-production, editing) before becoming a director. If you have your eyes on the final goal, it helps a lot if you work in a few different crew positions, so you get a better understanding of all the elements a director must be able to hold together. Once you have an idea of what it takes, practicing your writing/rewriting skills and assembling a brilliant team of collaborators are probably the two most important things.

Could ‘Sing’ be a feature film?

I’ve been told it could be – I don’t really see how though. It’s such a compact little story, from the very beginning I imagined it as a short film. Some stories are best told in 15-20 minutes, some take 100 and some others need an entire season of episodes to really unpack.

Do you have any features planned? If so, please can you share more about them?

I have some long form plans, features as well as TV series ideas among them. I am really interested in questions raised by our hyper accelerated progress – themes of machine intelligence, transhumanism and the effect of technology on society are all really exciting. I prefer to stay on the human side of these types of stories though.

Were there any difficulties in making this film and what were the highlights for you?

We were constrained by time – a lot. We shot a 25-min film with kids in every scene in just 5 days! As you might have guessed that wasn’t enough time, we had to go back and do a day of reshoots later. I was worried the kids would look completely different, as they grow so fast…

How do people keep in touch with you and your work?

I’m also on Twitter, I’m starting to use it more and more these days.

I’m shooting my next short film soon, it’s called Best Game Ever. It’s about a situation that is going to start happening more and more in the next few years – a simple, average guy finds himself up against an AI system that’s about to take over his job. I guess once again, there’s a kind of cruel injustice at the core of the story… I was wondering, what means might this guy have, to defeat a piece of technology so far beyond his understanding?