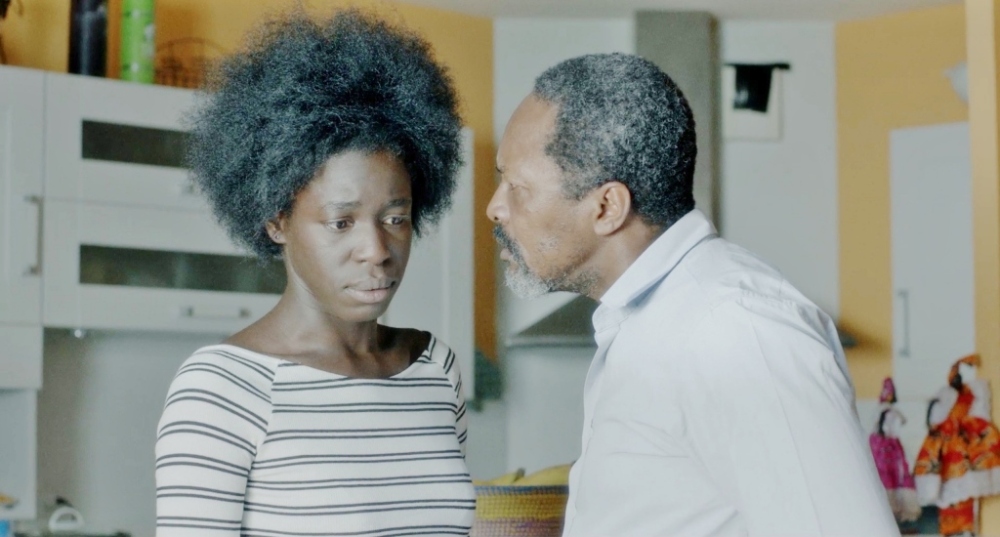 Josza Anjembe’s French is inspired by true events and popular with film audiences, having received eleven audience awards among its unprecedented accolades. This exciting drama shares the plight of a young lady whose dream is to become a French citizen.

At seventeen, Seyna, a teenager from Cameroon is passionate about France history, the country where she was born and she is deeply in love.

Her diploma in hand, and approaching her majority, Seyna aspires only to one thing: getting French nationality. But her father Amidou is fiercely opposed to it.

Director Josza Anjembe, is a French documentary filmmaker, and a journalist. She began her love for this field with her first documentary Cameroonian Massage, which was broadcast on French television and selected for numerous film festivals. Her award winning film French, was inspired in part by her real experience and the issues that ethnic minorities face in France.

Producer Nelson Ghrenassia, graduated from Paris La Sorbonne with a PHD in Cinema. He has produced more than 15 short films, which were widely broadcast on television and in prestigious festivals including Locarno, Cannes, Palm Springs and Clermont-Ferrand. In 2016, he produced Josza Anjembe’s award winning short French.

Newcomer Grace Seri stars as Seyna, she graduated from the National Drama Academy in Paris and on stage, has worked with many directors including Georges Lavaudant and Sony Labou Tansi. French is her first movie as a lead actress and her talent isn’t going unnoticed, as she has won many best actress awards including at Clermont-Ferrand Short Film Festival.

We caught up with the director to find out more about this magical film.

For those who have not yet seen French, please tell us about the film?

This movie is the story of a young teenager whom, getting close to the age of majority, is supposed to choose the French nationality while her father is opposed to it.

Your film is loosely based on your real life experience, please can you share that experience with us?

The movie is not entirely based on my life. There is a scene, the one in the immigration office that I lived myself. It was a few years ago, I had to renew my passport for work. At this time I already had the same kind of haircut as Seyna and when I went to the city hall to take my passport picture they told me I was “out of frame”. My hair was going out of the frame and therefore I was not conforming to the fact of being French. I was an anomaly, a mistake, a malfunction of this software, programed by humans! It affected me a lot, because there is no one more French than I am!

Congratulations on French being selected for so many film festivals, of those you have been to, which has been your favorite and why?

Thank you so much! Supporting your own movie is always a privilege and an honor. I have many memories of it, mostly from the audience I met. There is sometimes surprising questions (but not less interesting) or very strong emotions and reactions. I could even talk about beautiful encounters. It is hard to say.

Have any viewers approached you having seen the film and shared their personal stories?

Ah! I remember a very old lady in Montpellier who came to see me and said hello to me, took me in her arms, kissed me and thanked me. Many black or white people told me they also lived this! But generally, what I noticed with this movie, is people being moved a lot. It’s sometimes hard to speak after the screening. A place to decompress is sometimes needed.

It is the same as in USA. It is actually funny, while coming home last night I ran into two big fashion advertising posters. On it, two black people, a man and a woman, were represented in the most normal way. It is September 4th and it has been a long time since I’ve seen this kind of representation. It was neither despising nor childish and I thought to myself “here is my France, I missed it”.

Your lead actress Grace Seri is fantastic, she is a relative newcomer, what made her stand out for you?

Grace is someone solar. When I first saw her, I instantly knew she will embodied the character of Seyna. She is possessed, she ask herself a lot of questions about our world. She also have this deepness in her personality, as I do. It is odd, but the time we took our first coffee together we talked about death and I believe both our point of view on the subject made us closer. It is also in those time one likes a comedian.

Being that the story was based on some of your life experience, was it emotional to make it into a film?

No. Because when I was writing and mostly when I was shooting the movie, I was telling the story of a character who became completely independent of me! On the opposite, it was moving to see this character embodied by Grace and to observe it was not belonging to me anymore but to the people, to the audience, to a theatre for the time of a screening.

Do you have a feature script prepared for this film?

I didn’t really plan to make a feature film out of it even if everything is possible. I still have a lot of things to say that need time to be said and therefore could be achieved with a feature film. I will probably talk about women. Wide subject!

How do our readers keep in touch with your work?

The movie has its own facebook page, LE BLEU BLANC ROUGE DE MES CHEVEUX. You can contact me through it. Otherwise, if your readers come to Paris, they are most welcome!