The Raindance Film Festival opened this year with Oh Lucy!, an American-Japanese co-production from director Atsuko Hirayanagi (you can read our interview with her here). It was the first full length movie that was screened; however, it wasn’t the first film of the festival. Right before Oh Lucy!, we saw Game, a 15 minute short film about achieving your dreams no matter how hard it’s to reach them.

We probably all know that dreams don’t come easy. The journeys towards those are probably filled with highs and lows and probably also with sweat, blood, and tears. That’s something that A.J. Green (Nicole Williams) knows like no other. As a newbie in town, A.J. decides to go to the basketball try-outs at the high school to see if he can join the team and to fulfill his ultimate dream: To become a great basketball player, one that people will remember forever. From the first second, he impresses the coach (Rick Fox) but at the same time, he also faces the competition, especially from the team’s captain and best player Collins (Tye White). Despite the rivalry, A.J. decides to give the best he has to offer and like mentioned before, if you work hard, you will probably get there. A.J seems very hopeful regarding his future. However, one tiny identity secret, that he kept from anyone else to potential reach his dream, can make the positive bubble burst. 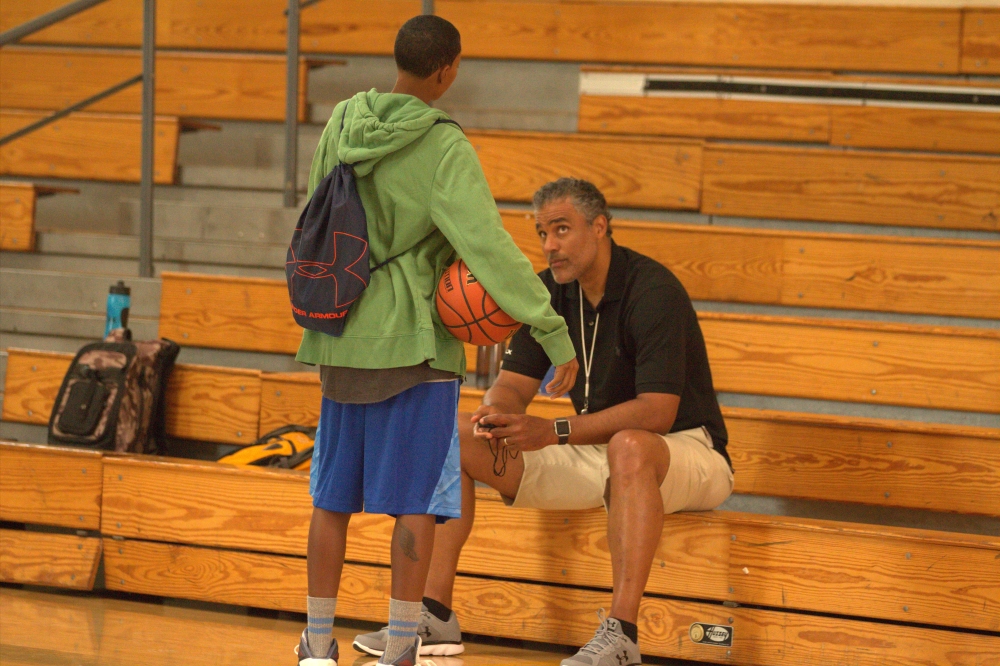 If we would tell more about the story of Game, we might spoil the story so let’s talk about the great acting performances that instead. Just like Green, Williams is a newbie, when it comes to the film world obviously. Game is the very first movie of Williams but we hope that we will see more of her in the future because it would a shame to leave such a talent undiscovered. With Rick Fox (Greenleaf, Hit the Floor) and Tye White (Greenleaf, NCIS: Los Angeles), director Jeannie Donohoe (Lambing Season, Public) can count on well-known actors to make from Game a great short movie. Thanks to the excellent acting, we would have enjoyed a full length movie of this as much as we did the short version.

We have no doubt that you will enjoy Game as well. It’s a wonderful story about accomplishing everything you want that goes hand in hand with ups and downs. Thanks to the new talent and acclaimed actors, the story gets a very personal vibe and that’s always good. If you can, go and watch Game. We can assure you that it will be 15 minutes very well spent.