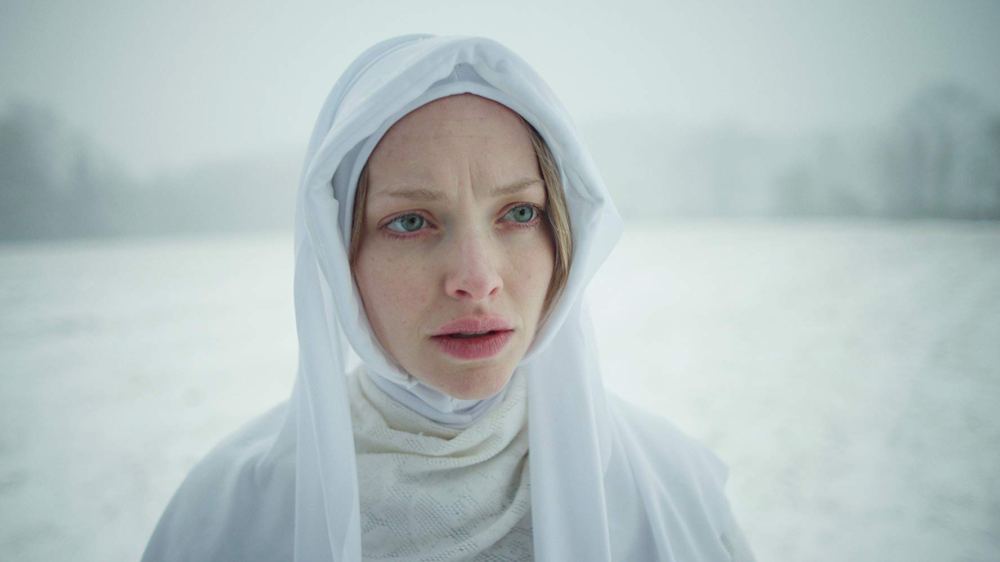 “The film also makes you think and gives you that ‘I don’t know what’s happening’ feeling.”

Hi Amanda, welcome to London. How are you doing?

Congrats on the new short film Holy Moses. You’re starring in it but you’re also one of the producers. How did you got involved in making the film?

Amanda: Eli (the director) was 21 when I met him and he was working with me and helping me out. We did a bunch of films together and he has been writing. My husband read one of his scripts and he said to me “This is really good, you should read it”. And of course, I read it because it was from Eli and I should support him in this. We were like “this is really interesting” and I decided I wanted to help him make this. So that’s why. My husband is also in the movie actually as the sheriff. The film is about two different worlds colliding. The idea and film is all Eli. He’s really full of ideas. I’m just here to support him and I’m very proud of it. In 20 years and probably sooner, you’re going to know who he’s.

What was the thing that attracted you to the story?

Amanda: It’s a very unique story. The random cow and the random fire were the things that got me into this movie. It’s just very confusing where the film is set and I like that weird vibe. The film also makes you think and gives you that ‘I don’t know what happening’ feeling. There are so many possibilities. I like that and I like a movie that makes me think. I really would like to see a full feature film about this and why not on Raindance again.

Ok, thank you so much for this interview!