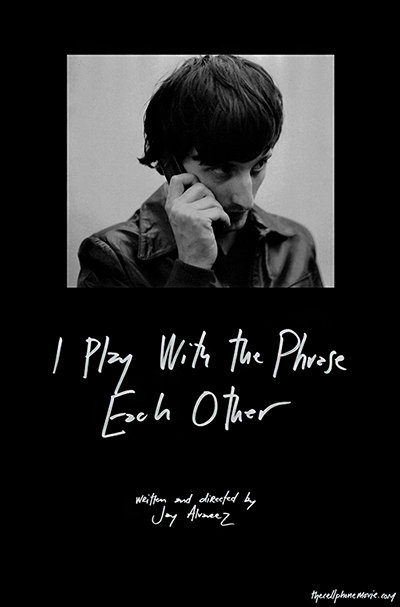 “It’s a great thrill of walking by an actor who rehearsing or trying memorize the lines that you wrote.”

Hi Jay, how are you doing?

Congratulations with Dizzy Pursuit, your new film. It’s a very unique and dark story. Where did the story come from?

Jay: The story came from life experience. I was inspired by how small my own living space was becoming. I realized that when you have other priorities than your house, a home could become very small. For example, my friend once bought cocaine from a dealer whose apartment was literally the size of the dealer’s King Size mattress. He couldn’t even step inside the house without stepping on the mattress. In this case, the dealer’s priority was the cocaine.

For this film you worked together with the incredibly well known Russo brothers. How did they get involved in the movie?

Jay: They saw my previous film (I Play with the Phrase Each Other) at the Slamdance Film Festival and they decided to support my next production. They saw the film first before becoming familiar with the script and really liked the voice and the dialogue.

At the end of the movie, there’s also a special ‘thank you’ note to Robert Downey Jr. How did you get together with him?

Jay: Well, he helped with the funding. He publicly endorsed the film’s crowd-funding campaign.

You not only wrote the script yourself but you also star in this movie. Did you write the script while having yourself in mind as the leading character?

Jay: I think so. It was one of the options and I think there are certain benefits playing someone that you’ve written with yourself in mind.

How did the other cast members get involved? Because you’ve worked with some of them already, haven’t you?

Jay: Yes, I have. I put all of the actors that I love from the first movie together again. If it was a high school reunion, then it would be a painful one that dealt with old wounds.

One of the topics the movie is about is the bugs that are hiding in their home and especially underneath the mattress. While the main character knew that his wife was sleeping on the mattress where the bugs were nesting, he didn’t tell her. Was there any reason why he hid that from her?

Jay: I think that one duty of the marriage is to protect someone’s spouse from most knowledge. I think that’s one of the most important elements of a fluent marriage that will last a long time. It’s short of shielding your spouse from the truth. Marriage isn’t protected by self-improvement. I think the truth needs to be a little bit withheld.

You’ve very recently been to the Raindance Film Festival with this movie. Are there any other film festivals you’re doing with this film?

Jay: Right now, it was just Raindance. With the first film, we’ve done other film festivals after Raindance.

Why do you think people should watch an independent film like yours and not only the big blockbusters that we have nowadays?

Jay: I think with independent films and film festivals like Raindance, viewers will find something less tiring, more exciting and more youthful. There’s also a more wildness touch to it. For me, Raindance has been a good support.

Most of the time the films shown at films festivals such as Raindance are from first time filmmakers. How did you get into the film industry?

Jay: It was the instinct of me as a writer that wanted to hear the actors saying the words that I wrote out-loud. It’s a great thrill of walking by an actor who rehearsing or trying memorize the lines that you wrote. That’s a thrill that I had never experienced before writing my first film.

Besides this movie, do you already have some more projects coming up?

Ok, thank you so much for the interview!