A film which received a wonderful reception during it’s screening at LA Shorts International Film Festival, Daniel Bogran’s short film Low tells a creative story which we believe a lot of people would be able to relate to. We had a chance to catch up with the talented director and question him about the inspiration behind the film, the cast in the film, his upcoming projects and where his film will be screening at next.

Hi Daniel, how are you doing?

Congratulations on your stunning film “Low”. Where did the idea for the story come from?

Thank you. Well, I had just finished reading Dostoyevsky’s ‘Crime and Punishment’ and the themes and story really resonated with an idea that I’d had. That particular idea came out of nowhere but I’d been considering it for my first project. The overlap was striking and reading just how impactful those themes could be really motivated me. Also, I just really wanted to tell a strong story and make the audience feel something for the characters. It seemed to me that a lot of shorts I’d watched were situation-based and not really story-based. I guess the thinking is that you don’t have enough time to tell a full story and have people care about the characters, too. However, my idea seemed to provide an opportunity to do just that. So I went with it.

In this movie, it’s all about emotions as there’s almost no dialogue. A great cast is always important but in that case even more. Both Vincent Cusimano and Ryan Caraway are amazing in this film. How did you get them on board for this movie?

I actually found all the actors in the film online. I watched their reels and was really impressed so I asked them to audition. After that, we met in person and went on from there. I loved what everyone brought to their roles and found it incredibly easy to work with everyone.

This movie and the story is very much open for interpretation from the audience about the background, future, choices, etc. from Jef. Was the “openness” from the film the reason why you decided to make it into a short film and not a full-length feature movie? So that the public can guess what happened and what will happen.

This was just the shape that the story took and it made sense to me. It’s interesting though, I think a lot of people feel as though it could keep going because of that openness you’re describing. There might be more there. 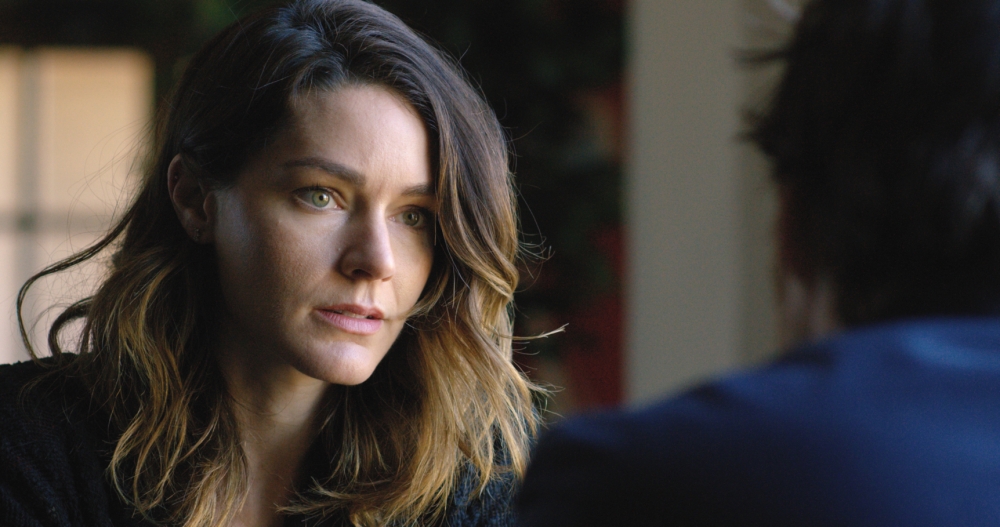 The film got recently its world premiere at the LA Shorts International Film Festival. What went through your mind when the movie got that first screening?

It was exciting. I was primarily focused on how everyone around me was reacting and I was extremely relieved at how overwhelmingly audible some of the reactions were. I really loved the entire experience.

When did you decide that you want to get into the filmmaking business?

I’ve wanted to direct movies since I was about 14 years old. It was a strong and instant connection that I didn’t question much. I just knew from that point on that I wanted to make movies.

Do you already have more projects coming up?

Actually yes, I just finished my first feature film script which I’m really excited about and am currently working on developing another idea. Wish me luck!