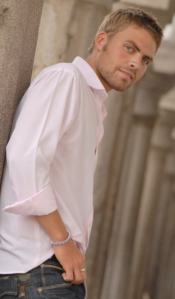 Just Celebrity caught up with Brit Actor Michael Sani, as he talked about his new features including a brand new ‘Jack The Ripper Film’ which we personally can not wait to see!

JC:  What age where you first interested in acting and what sparked your interest?

MS: Although my initial interest was sparked in Primary school as the lead in our Christmas play it was whilst at secondary school I really got involved. Our school had posters up advertising a whole school play and the auditions were being held at lunch time. I was really nervous but remember the feeling of being told I had been cast, this was indescribable and a far better reason to be involved then the initial justification that being in the play would mean missing lessons due to rehearsals. Mind you, that was a bonus!

JC:  When do you start filming Jack the Ripper and can you tell us about your character?

MS: We are due to commence filming Jack in May next year and I play the character of Inspector Walter Due, the chief inspectors right hand man. He was involved in the investigations of all the victims and on location for each one so i’m excited about the prospects with this character.

JC:  Can you tell us anything about the film?

MS: The film follows the story of the 5 prostitutes killed by Ripper and the audience will see just how horrific these killings were. The 5 stories are tied together by the Chief of Police Donald Swanson, played by my good friend Chris Fosh as he pieces together the puzzle in the hunt to catch the killer.

JC: Where will you be filming?

MS: We have a warehouse in London where we will be filming a lot of the interior shots but lots of the external shots will be done in Whitechapel and on key locations that still feature on the Jack the Rippers tours.

JC: We heard you have to grow a handle bar moustache, how do you feel about walking around London 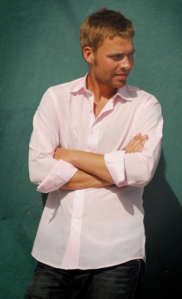 MS: To be honest i think ill grow a beard ready for the part and then shave it down to a tash. I’m going to look ridiculous but its all worth while, my main fear is that I become attached to it and continue to look stupid into the future.

JC: Who else is in the film?

MS: There are many talented actors in the film and the producer is keen to give hard working people a chance to shine, this film will certainly allow us to do so. The main named linked to the filmed who I am really excited about is Ray Winston. He is someone I have wanted to work with for a while so it would be pukka for this to be the opportunity.

JC: If you could play any character, what would it be?

MS: Now I have a character that springs straight to mind but I cannot say because there is still a chance I can play him as the film in question has yet to be made so I must keep my head down, build up my profile and experience and hope everything falls into place.

JC: Is there an actor whose career you would like to emulate?

MS: Tom Hanks. He is such a great actor and his work is so diverse which must have been so much fun. He has played some amazing characters and made them real for the audience each and every time. I can only hope for a career like Toms and to be as gracious as he is at the same time.

JC: In a film shot in America, they changed a role to British for you – please tell us about the film and your role?

MS: The Summoning is a teen slash horror written by Steve and Lindy Hudis. I had originally been cast to play an American but upon arrival to the states and meeting them that soon changed. I think we were out having lunch one day and the waitress commented on my accent and Steve said that he wanted to change my character to an English cockney and soon the revised script came over. The funny thing for me is that I didn’t pick up on all the jokes and one liners until I came over to the states recently and noticed the ‘Geico’ adverts….. You’ll just have to wait and see. 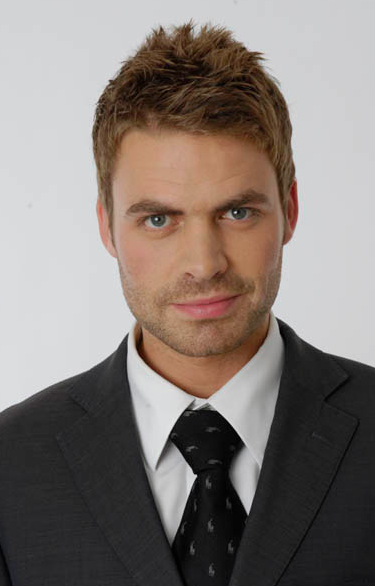 JC: How is your American accent?

MS: Ha HA, how did I know that was coming? Well I’m going to say it’s good, I do practice it at my acting workshops and my acting coach is from New York so I often impersonate him. I do look forward to the challenge in the future of playing with an accent for a specific role; it will seem like a promotion.

JC: Is there an American show you would like to play in?

MS: Smallville would be cool, just to have the opportunity to have a special power and be involved in some great fight scenes as well as save some damsels in distress, hmmm, look out Clark, I’m coming!

JC: Is there an actor you would like to work with?

MS: There are too many to mention for a variety of reasons but among them would be Johnny Depp, Leonardo Dicaprio, Will Ferrell, Morgan Freeman, Jim Carry and Ben Stiller. Ok, that may seem like a cop out answer but with so many people that feature within my DVD collection, these would be a few.

This handsome young actor is one to watch, can’t wait for Jack The Ripper! JC. 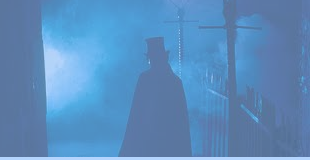