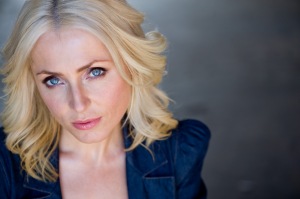 Emma trained in London at The Actor’s Temple and recently completed a year at The Lee Strasberg Theatre Institute in Los Angeles, whose alumni includes Marilyn Monroe, James Dean, Marlon Brando, Robert De Niro, Al Pacino and in more recent years Angelina Jolie, Uma Thurman, Adam Sandler and Alec Baldwin. There she caught the eye of Lee Strasberg’s nephew, Sasha Krane, head of Film and TV at the institute, ‘Emma has the ability to create characters better than any other actor I have seen in recent years. She has a skilled ear for accents and her unique interpretation of complex characters has impressed me tremendously’.

Emma’s talents were recently showcased in two notable Hollywood theatre productions, Grease, (where she played Sandy), and Bury The Dead, which made Hollywood agent Adam Park sit up and take notice. ‘Emma has reached a skill level so many actors strive for but do not reach. She is able to fully commit and lose herself in a character and deliver a genuine and natural performance that draws in and captivates the audience. [Being Irish] She is not a ‘cookie cutter mould’ actress, so prevalent in Hollywood, but rather a unique actress without easy comparison.’

‘The first Hollywood audition I had was for the movie of one of my favourite books, Jack Kerouac’s On The Road, but I lost

out to Kirsten Dunst. I really didn’t mind. It’s nice to know I’m in that league. I can do an American accent but I prefer my Irish one. I’m out to bust the stereotype. The modern Irish actress is way more than a nanny, a nun or a tea lady. We are hot, dynamic women and deserve to be represented in American film and TV in the way the British actress is. ’

It looks like Emma has a bright future in Hollywood. Up and coming LA indie director Francisco Roel wants her for the lead in ‘Men’, a movie about men, from the woman’s point of view, and she has just been cast in a sitcom webseries called Spin The Bottle, with Jeff Castle of Days Of Our Lives, due to begin filming later this year. She plays a man-eating Irish woman who loves a glass of wine. ‘It’s a good job I’m a trained actress’, she winks, ‘otherwise I’d never have been able to pull that off!’