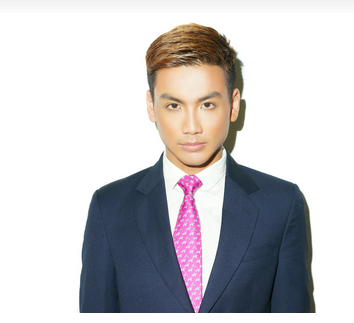 We were excited to hear about this wonderful Doctor, who will be sharing some beauty secrets with us.  What can we do to look better without going under the knife, what is the new celebrity treatment and a few little celeb secrets.  Watch out for our upcoming article to find out more!

Cosmetic expert Dr. Vincent Wong may be one of the younger doctors in his field, but he is already sought after for his opinions and has been featured on numerous Television shows and national magazines.  Celebrity gossip often centers on what treatments they may or may not have had and Dr. Wong is fast becoming the go to for the media to uncover celebrity secrets.   As well as being medical aesthetics practitioner, he often shares how you can avoid going under the knife but still create the improvements that so many long for.

Sought after for his expert opinion, Dr. Wong has featured in popular press and on television channels, including Fox TV, Levant TV, Fashion TV and Discovery Channel. In 2013, Dr. Wong became the key opinion leader for Slendertone Face.  A pioneer in his field, Dr. Wong was one of the first doctors to use Iovera or ‘Frotox’, the original toxin-free, anti-wrinkle treatment and alternative to ‘Botox’.

This talented doctor already sits on the Advisory Panel for Safety in Beauty and is campaigning to raise the standards across the beauty industry.  Dr Wong also presents his work and research at national and international conferences, including FACE (Facial Aesthetic Conference and Exhibition), and those hosted by the British Association of Plastics, Reconstructive and Aesthetics Surgeons (BAPRAS), and the British Association of Dermatology (BAD).

For advice on the newest treatments on the market, safer alternatives to current beauty treatments and uncovering celebrity beauty secrets, Dr. Vincent Wong is your first point of call.