Just Celebrity had an exclusive chat with the hilarious, Sean Cronin, best known for his villainous roles in Hollywood Blockbusters such as ‘The Mummy’ and James Bond ‘The World is not Enough’. 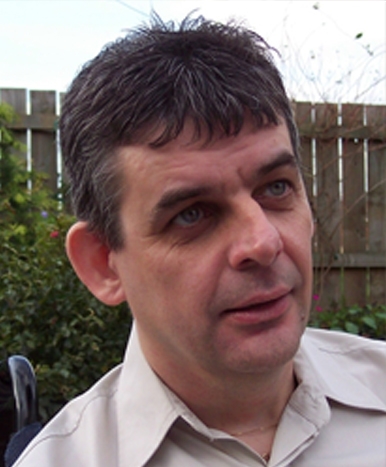 Just Celebrity: Hi Sean! Tell us about your exciting new project in which you are to direct disabled writer Paul Hodgson’s real life story ‘Give Them Wings’. What interested you so much about the story?

Sean Cronin: I am known for being the Bond Villain, but in a true juxtaposition, I am a closet period drama Director. When he [Paul] approached me with this story, page after page, I was just in tears. The way he handles the cards that has been dealt really touches me. He is an incredible writer, he wrote a short called ‘The Unfortunate Woman’ that I was privileged enough to direct. It has gone on to win 11 awards worldwide so far – incredible considering the guy types it all using one hand and his nose.

JC: You’re often cast as a villain, if you had to choose out of the following for your next role, which would it be: funny man, romantic heartthrob or the hero saving the world?

SC: Honestly, I love playing the villain and that would always be my number 1 choice, however if I had to play something different, it would be the anti-hero. The guy you think is a villain but it turns out he’s actually a good guy saving the world.

JC: The villain rarely ever gets the girl, who would be your dream leading-lady?

SC: I’ve worked with some great leading ladies, Sophie Marceau, who I worked with on ‘The World is Not Enough’ is kind and so beautiful.

JC: You were born to be an entertainer, having fronted the Gothic Rock band ‘The Marionettes’ during the 80s. At what point did you decide to leave music and move into directing and acting?

SC: One day I was stopped in Portobello Road and told that I looked like a Villain, next thing I knew I was on set of ‘The Mummy’ in a nappy, painted gold!

JC: What do you love about directing that you don’t get from acting?

SC: When you wrap on a film it’s an amazing feeling, a total team effort. Directing isn’t a glam business; you’re up at 6am until 2am in the cold and rain. The glamour only comes in this industry when you’ve succeeded and getting up that mountain is like climbing up Everest blind folded, naked on rollerblades BACKWARDS.

JC: In a film based on your life story, which Hollywood Actor would you cast to star as you?

SC: Anyone bald enough or ugly enough! He’s obviously not alive anymore, but Yul Brynerr (The King & I) is a more handsome version of myself.

JC: Give us a weird and wonderful fact about yourself?

SC: In 2007 I bought a Swedish Battle Ship that I painted matt black with a skull and crossbones. I got a crew to sail it to Cannes Film Festival. It broke down on the way so I had to get a brand new engine airlifted in during a rough sea storm. By the time it was ready to go again, the film festival had finished so we decided to sail on to Monte Carlo for the Monaco Grand Prix; they didn’t like that very much and it ended with the police escorting us out of the harbour.

JC: What’s next for you?

SC: I’m currently working on a period drama called ‘Irongate’; it’s a true story about the Armstrong family who created the Iron Cannon during the Crimean War.

JC: Thank you so much for your time today, Sean!