Colin West’s Here & Beyond is a poignant story about a man, after being diagnosed with Dementia, goes on a quest to make sure he doesn’t lost any memories of his cherished late wife. We had the chance to talk to Colin about this touching story, we were able to discuss his role in the film and the development of the film.

Please see the trailer below.

Here & Beyond – Trailer from Colin West on Vimeo.

Hi Colin, how are you doing?

Congratulations on “Here & Beyond, your latest film. How did you come up with the idea for this story?

This story was inspired by my relationship with my grandfather, Lyle. He spent the last thirty years of his life taking care of my grandmother, Marge, who suffered from Parkinson’s disease. Soon after she passed, signs of his memory-loss became evident and eventually he was diagnosed with dementia. He actually passed away a few months ago and this story is meant to be a kind of subjective look at what it might have been like to be in his shoes in his later years.

Was it all fiction or were there elements from real life experience?

It’s a kind of mix. Though the film is about dementia, it is not explicitly stated in the film— The “condition” Mac gets diagnosed with is a kind of science fiction version of memory-loss meant to illicit the same feelings, but in a sort of genre-specific way. I made that choice in order to keep the film subjective to the main character, Mac. To him, a scientist at root, the disease is a very alien thing not grounded in reality whatsoever. It goes against everything his logical brain told him about the reality of the world around him— a kind of breaking down of fact into emotion. It was the same arc we used as a structure during the editing process of the film, to thread the film together using emotion rather than plot. So, though much of the film was inspired by reality, it is set in a sci-fi world of it’s own.

You were both the writer and director for this film. When you were writing the script, did you automatically know that you were going to direct the film as well? In this movie, it’s all about human emotions and going through a difficult time so the cast must have been very important for this film? How did the cast come together?

Casting is everything. Honestly, I had a wonderful time casting for this film. I had known that Greg Lucey was going to play the lead role for a long time. In fact, we wrote it specifically for him to play and he has since said that this was the role that most closely aligns with his own personality. He was one of the first people I met after moving to Los Angeles years ago and I have since worked with him on multiple projects making our working relationship very fluid and comfortable. Laurel Porter, who plays the teenage neighbor, knocked it out of the park in her audition and was a no-brainer. In hindsight think she actually reminded me of myself as a teen. And finally Christine Kellogg-Darrin was such a joy to work with. A natural. She was the perfect compliment for Greg and even had the entire crew shedding tears during her final scene.

How long did it take to make that wonderful time machine?

A long time. I come from a fine arts background so I am kind of a nerd for production design. The time machine was a very important object for the film—the lynch pin of the entire conceit. While digging through the dark corners of an aerospace supply warehouse, my Production Designer, Chris Miller, and I came around to the idea that thematically the time machine should be a kind of casket. It all had to feel hand-made yet plausibly functional. We ended up finding an old rusty chemical shower and turning it on it’s back, then hooked it up to a series of old 1960s space-race-era bits and bobs we borrowed from the aerospace warehouse. Working with that junk probably gave us all lead or mercury poisoning… But we had a lot of fun with it.

What was the most difficult scene to shoot and why?

Honestly everything outside was kind of a nightmare. The wind was brutal the week we were shooting and we had to bring a few scenes inside that we had been planning to shoot out there. It lead to some last minute re-writes. Of course, in the end, those scenes ended up cross-cutting wonderfully with the other scenes indoors and so we came to find that we should have shot it all indoors anyways! So it goes…

What do you hope that people will take away with them after seeing this movie?

The film is very interpretive. In fact, many of my films are, or at least their endings are, and so I tend to get this question on occasion. And I hate to dive too deep into my answer as I find it tends to sterilize the life in the film itself. Film is a form of communication, like any other art form, and if I am able to just write or say what it means then there would be no point in going through the (extremely long and arduous) process of actually making the film. When it comes down to it though, the story deals with themes of identity, loss, hope, and redemption and my intent was to explore these themes with candor and honesty. Though it may feel like a cop-out, the film means exactly what it is. What was it that made you want to become part of the film industry?

Well I grew up on science actually so the film industry part came way later. My mother worked as a software developer and my father was a mathematician-turned computer scientist, so science and math were fundamental to my upbringing. But back then I felt like science didn’t allow for enough personal expression, it was too defined, too mechanical, so I became involved in the arts— painting and sculpture mostly. When I was a sophomore in high school I didn’t make the soccer team when all my friends did and I remember going to the library that summer and coming across Darren Aronofsky’s film Pi. I was completely blown away. It was a kind of emotionally expressive take on scientific principles. Art meets science. These were the early days of the internet and so I found Darren’s website that actually listed his personal email address (this was right before Requiem for a Dream came out) and I wrote to him asking him about how he made Pi and he actually wrote back! I was hooked. That same year I wrote my first feature screenplay which was essentially a rip-off of Pi called “12 21”. I’m not even sure I even have the file anymore. I think I wrote it on some off-brand version of Microsoft Word. I eventually ended up using the Hi-8 tape camcorder my parents bought to record my soccer games and used it to film some of the scenes.

What advice do you have for young/aspiring directors/writers who want to get involved in the film industry?

Getting into this industry is all about hard work, perseverance, and a good attitude. It has far less to do with what you know at the beginning than your attitude about the whole thing. I’d say as an aspiring writer/director you should be out there making films, no matter the budget, and being involved in the industry in any way you can. In high school I worked on our local high school Public Access TV show making short (and usually horrible) narrative films and documentaries. I also took every assignment for classes, even in unrelated subjects like Math and English, and would ask the teacher if I could make a video project about the subject rather than a final paper. I would also recommend heading to the library and watching every movie they have there. Netflix has a very limited and specific kind of film they like distributing and as a filmmaker, especially a young one, I think consuming as many art-house and foreign films as possible will help you expand your view of what film is and can be.

Just one last question: Are there other films you’re working on?

Always. At the moment I have a few scripts getting out and about town, one of which is the feature version of this short film. I’m also working to finish up a film I produced called Survival Skills and always have a slew of short films I’m trying to get off the ground. 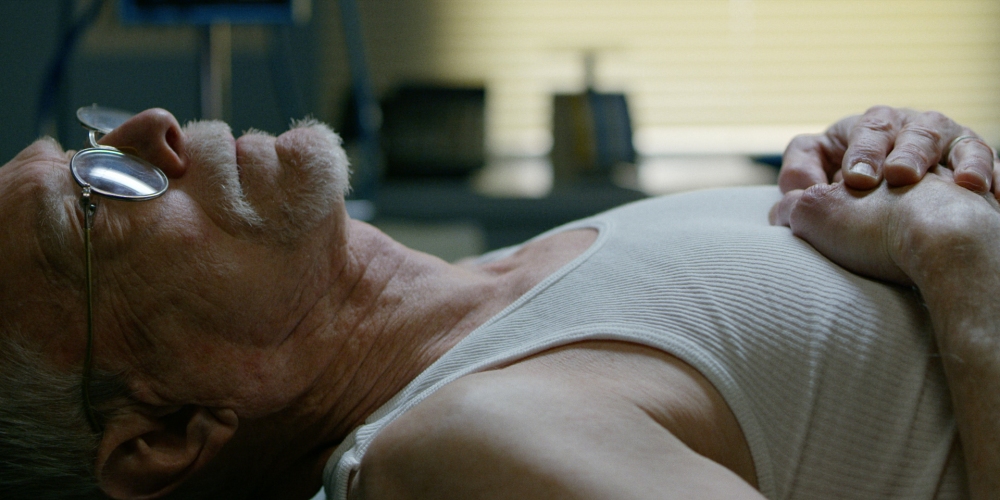