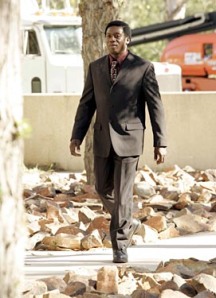 We heard through the grapevine that the new Bond Film is in the making.  So why not make a change from the norm  and cast actor Hakeem Kae-Kazim as James Bonds Nemesis.

In 24 he made such a convincing bad guy, so much so he was voted by Newsday as the baddest guy from the whole series of 24 and in Hotel Rwanda his words are still quoted from the film!  Imagine an African bad guy plotting against the British 007!

We would love that and I have a feeling you would too, so let’s hope the powers that be read this and cast the right man for the job Hakeem Kae-Kazim.